There is a man who is not a man. And he is watching you.

And his smile does not falter in the slightest.

His smile is not a comforting one.

You can walk. You can run.

He will not chase you. He does not move.

But when you turn your head, he will be there.

But he’s closer than he was.

You thought he was further the last time.

You can tell yourself it’s just a trick.

You can tell yourself a lot of things.

But there is still a man who is not a man.

And he is still watching you.

You Are Being Watched is a game about being stalked by an otherworldly horror invisible to the ordinary eye. With a deck of playing cards and a Witness to watch you, you will tell the story of your encounters with the man who is not a man, and you will do whatever you can to try and survive his ever-encroaching presence. It is meant to be played in a short span of time, and deals with heavy subject matter such as violence, death, stalking, gaslighting, abuse, perversion, demonic worship, murder, hallucinations, delusions, body horror, paranoia, memory loss, and mental illness.

In order to download this ttrpg you must purchase it at or above the minimum price of $2 USD. You will get access to the following files:

You Are Being Watched.pdf 438 kB 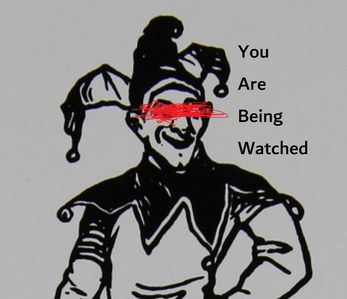